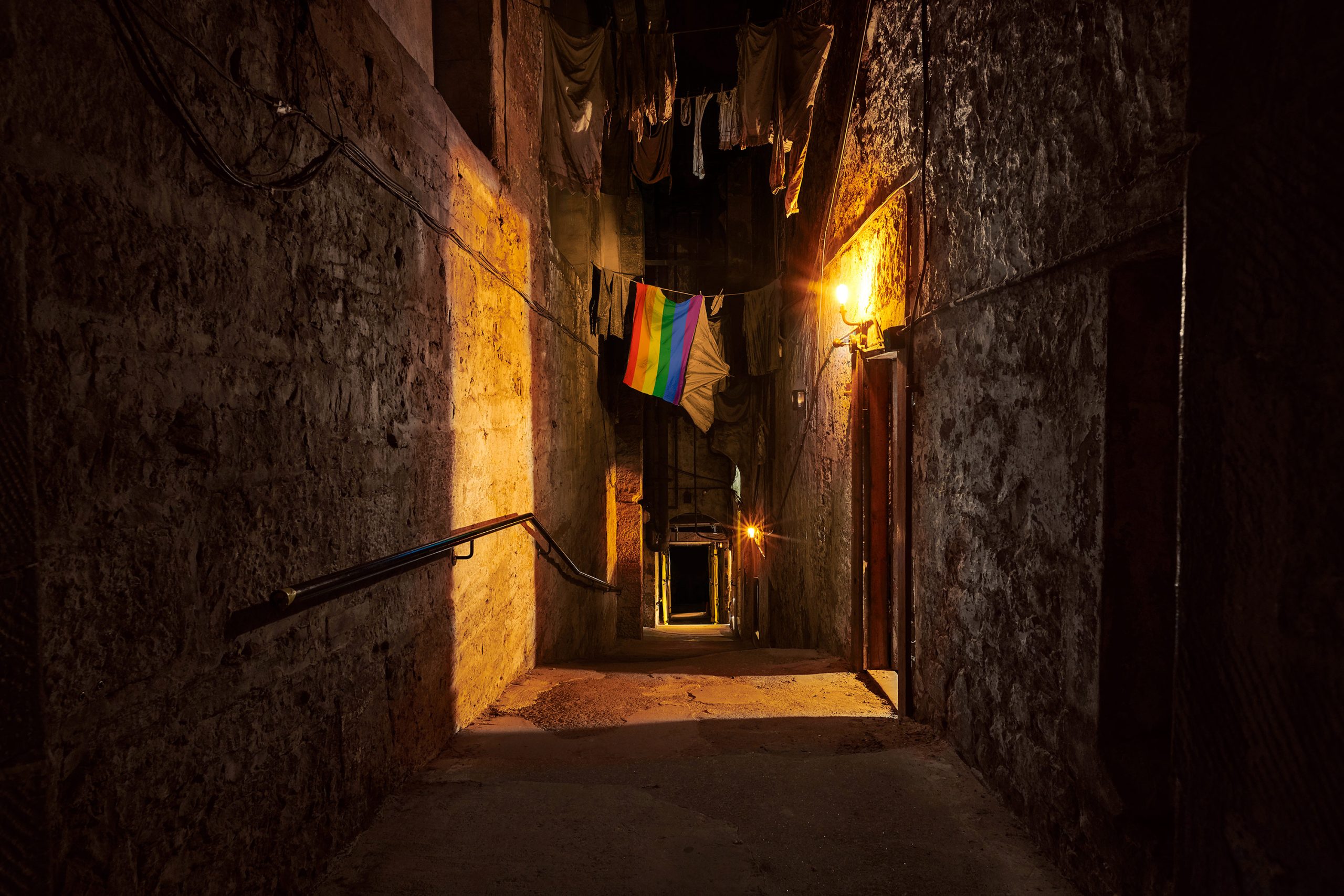 This June we are celebrating Pride Month. You can hear the real stories of Edinburgh’s former residents, in partnership with LGBT Youth Scotland. Here is an introduction to Robert Fergusson and Sophia Jex-Blake, who you will meet on our Pride History tours.

Born in Edinburgh in 1750, the poet inspired the work of the famous Robert Burns. One of Fergusson’s well-known poems, “Auld Reekie” creates a vivid image of the Edinburgh he lived in. The city’s even adopted the title as a nickname.

Most poets of the time used their love life as inspiration. However, love interests are missing from Fergusson’s work. One biographer, James Robertson, writes: “either there was nothing to be said, or like many men at the time, he had relations with prostitutes, or possibly, he was homosexual”.

Read more about Fergusson and other Edinburgh storytellers here

All of Fergusson’s close relationships in his life that we know of were with men. This included a professor at St Andrews, where he studied.

Fergusson’s membership of The Cape Club brought him close to our site. They met in taverns across the Old Town, including one on the nearby Craig’s Close. Members came from varied professions, from the arts to merchants. When a new member joined the club there was a hint of homoerotic initiation. Part of the initiation involved telling a sexual story from their past. They would then create a nickname based on this. Fergusson’s was Sir Precentor, suggesting his story came from his days as a choir boy.

Fergusson is an unsung hero from Edinburgh’s past. There have been several biographies written about him since his death, however, they are from the perspective of straight men who could have ignored evidence Fergusson was a homosexual or bisexual.

Sophia Jex-Blake moved to Edinburgh determined to study medicine. However, the University of Edinburgh rejected her on the grounds that they would not make the necessary adjustments for a woman to study for just one woman. Jex-Blake appealed for other women to join her. They reapplied as a group and gained acceptance. They became known as The Edinburgh Seven.

Want to learn more about The Edinburgh Seven? Read this

The University of Edinburgh refused to grant the women their degrees. Jex-Blake studied in Paris and Berlin to finish her medical degree. She returned to Edinburgh in 1878 and opened the city’s first woman-owned practice.

Jex-Blake never married and had several intimate friendships with women. She may have had a relationship with the social reformer Octavia Hill. When Jex-Blake retired, she lived with Margaret Todd. Historians agree they were romantically involved. Todd had attended the Edinburgh School of Medicine for Women – founded by Jex-Blake –, was a pioneering doctor and a successful author. She mostly used a pseudonym when writing, apart from “The Life and Death of Dr Sophia Jex Blake”, which she wrote under her own name. In this book, Todd quotes one of Sophia’s diaries: “I believe I love women too much ever to love a man” which seems to confirm her sexuality.

Book your tickets now to meet Robert Fergusson and Sophia Jex-Blake on our Pride History Tours.

The research undertaken by Robert MacRae from our team and is endorsed by Dr Emma Macleod, a Senior Lecturer from the University of Stirling.

You can find out more about our latest events on our Facebook page.