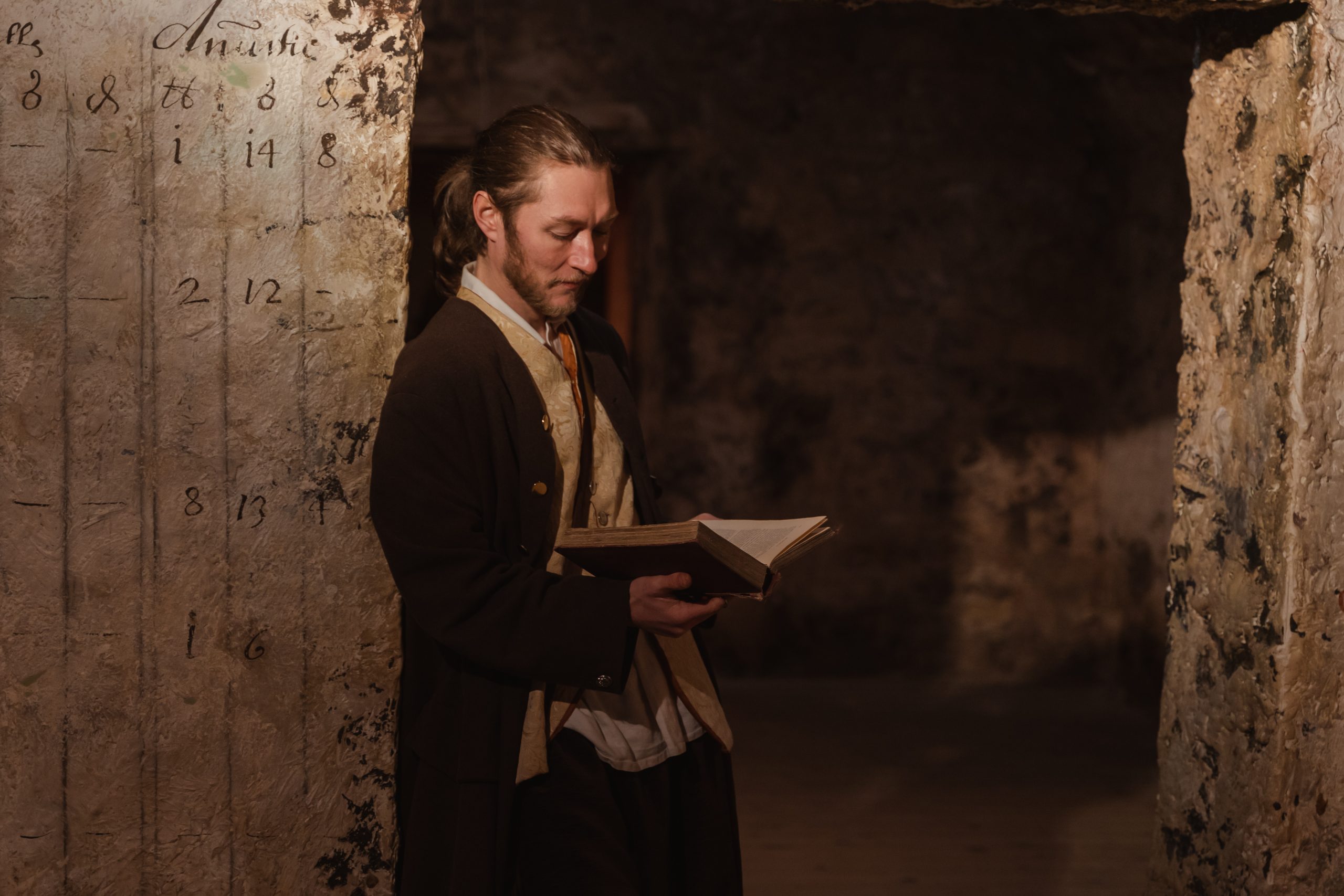 Edinburgh and Scotland have a rich literary history. 2022 is Scotland’s Year of Stories, dedicated to celebrating stories inspired by, written or created in Scotland. Some of the world’s best storytellers have connections to Edinburgh and the city has inspired bestselling novels, sometimes including mentions of The Real Mary King’s Close.

If you have visited Edinburgh then there’s a high chance you noticed something dedicated to Sir Walter Scott. Scott’s first fiction novel published in 1814, Waverley, inspired the name of Edinburgh Waverley train station. The Princes Street monument dedicated to him is one of the largest monuments dedicated to a writer in the world.

Robert Louis Stevenson, the author of Dr Jekyll and Mr Hyde and Treasure Island, was also born in Edinburgh. Deacon Brodie’s Tavern is only a few steps away from The Close and it’s suspected that Deacon Brodie’s the real real-life inspiration for Stevenson’s character.

Sherlock Holmes is one of the most famous fictional detectives in literature (and now also film and TV). The author to thank for creating the character is Arthur Conan Doyle, who was born in Edinburgh in 1859. He also studied medicine at the University of Edinburgh.

Muriel Spark, author of The Prime of Miss Jean Brodie, was born in Edinburgh. The novel was based on her experiences at James Gillespie’s High School.

Mary Shelley’s Frankenstein includes a description of Edinburgh as the protagonist visits the city.

Many authors of have visited Edinburgh, including Oscar Wilde, George Eliot and Daniel Defoe. Danish author Hans Christian Andersen was responsible for some of the world’s most famous fairy tales, including The Little Mermaid and The Princess and the Pea. He visited Edinburgh in 1847.

Edinburgh’s storytellers are not only novelists. Robert Fergusson was born in Edinburgh and returned to the city after studying at the University of St Andrews. His poem “Auld Reekie” creates a vivid image of the Edinburgh he knew. In addition to working on his poetry, he also had a thriving social life in Edinburgh. His involvement in a tavern-based society called the Cape Club brought him near to Mary King’s Close. The club met at a tavern on Craig’s Close, which was only a few streets away. The construction of the Royal Exchange built over Craig’s Close. Robert Fergusson was an inspiration to another famous Scottish poet, Robert Burns.

Robert Burns (also known as Rabbie Burns) is considered to be Scotland’s National Bard. He was born in Ayrshire, though visited Edinburgh. The visit helped his career because Edinburgh publishers distributed new editions of his poems. His relationships here inspired his work, such as “Ae Fond Kiss”.

Ian Rankin is one of the country’s most popular crime writers. Born in Fife, the author studied at the University of Edinburgh. His novels focus on Detective Inspector Rebus as he examines crimes in Edinburgh. One of these books, Mortal Causes, features Mary King’s Close.

Victoria Schwab is an American novelist whose fantasy books are popular across the book community on social media. The first novel in the Teen fiction series Cassidy Blake, set in Edinburgh, references Mary King’s Close.

The romance book series “On Dublin Street” by Samantha Young is set in Edinburgh. Each book title takes inspiration from a different street in the city.

Other contemporary authors with connections to the city include Irvine Welsh, Ian Banks and Val McDermid.

Follow Edinburgh’s former residents and hear their real stories on a tour of The Real Mary King’s Close. Book your tickets now: https://www.realmarykingsclose.com/