Whisky and The Close 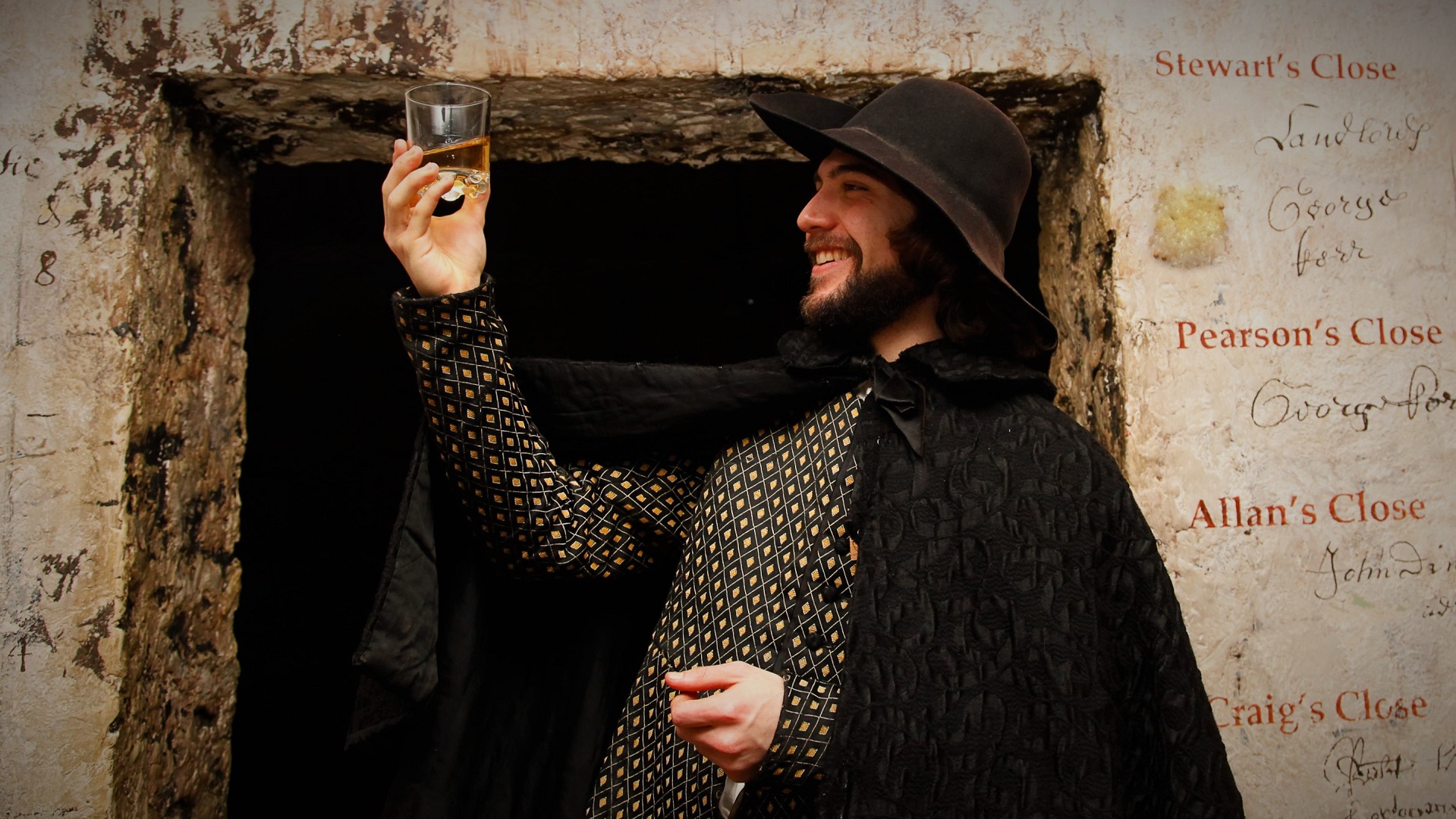 For such a small nation, Scotland has produced many world-changing inventions. These include golf, the television and penicillin. Still, one of our most significant creations definitely is whisky.

The first mention of distilled alcohol in Scotland can be found in Edinburgh’s tax records for 1494. The demand for whisky in the Edinburgh area mostly came from only one man… the king at the time, James IV of Scotland. The task of producing the golden spirit fell to a group of monks, who resided in Lindores Abbey. The Abbey was located in Fife, across the water from Edinburgh. To source the barley at the heart of the whisky distilling process, these monks would have travelled to nearby market towns to shop for the vital ingredient.

At that moment in time, Mary King’s Close was the second widest street in Edinburgh (after the Royal Mile). It was also an incredibly busy market street. So it is quite likely that malted barley would have been one of the many items for sale at The Close. Back then, the ‘water of life’ or ‘uisge beatha’ in Scottish Gaelic would have tasted and looked very similar to the drink that one can enjoy today.

Less than 50 years later in 1536 monasteries received the demand to dissolve by royal decree. As a result, the production of whisky was transferred to more localised and make-shift operations in homes or on small farms. Imagining the cramped conditions people were living in in the Scottish capital, the advancement of whisky production must have slowed down immensely. Nevertheless, it would have been a tipple enjoyed by many on the closes. Watered-down or straight, whisky was believed to help away chase away negative entities or suspected spirits haunting your lodgings.

Also read: The story of our favourite otherwordly spirit Annie

After the English Malt Tax of 1725, most of Scotland’s distillation was either shut down or forced underground. Scotch whisky was hidden under altars, in graves, and in any available space to avoid the governmental clampdown. This was enforced by so-called excisemen, commonly known as “gaugers”. As a matter of fact, the poet Robert Burns trained in this profession before he focused his full attention on poetry. One can only imagine how some of Edinburgh’s past residents harboured some of this hidden spirit right under the noses of the authorities. Especially when Edinburgh was a hub of government and military activity at the time.

In 1823 the Excise Act passed making whisky production a legal enterprise once again. As a result, the previous networks of whisky smuggling, which were thriving in densely-populated areas such as Mary King’s Close, almost vanished overnight. However, today we can still find remnants of those secret activities. Many of the famous whisky distilleries which stand today were built on grounds which were previously used by these smugglers!

With whisky becoming legal in the 19th century, its popularity increased even more. As the British Empire expanded, the sales of whisky went global to places such as America, Hong Kong, and Mumbai. With Scotland being the main producer, Edinburgh’s Port of Leith would have seen many ships filled to the brim with whisky set out for faraway places. Whisky’s appeal to the masses and far reach resulted in the strong brand of Scotch whisky which we have today, and much like the drink keeps improving over time.