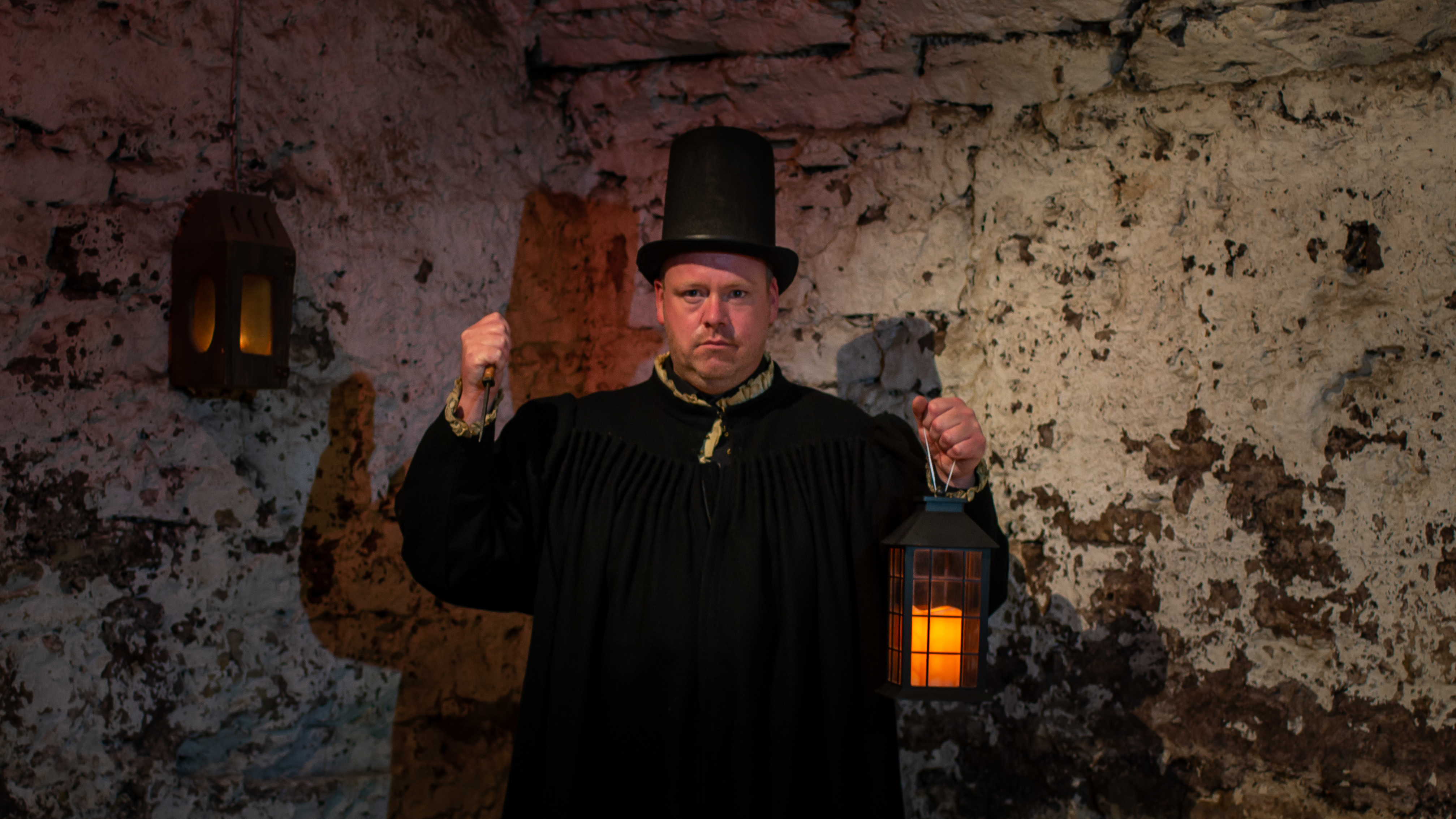 Ghosts, ghouls and monsters might be the first things that come to mind when you think of Halloween. While the paranormal might be spooky, there is nothing scarier than the dark truth of Edinburgh’s past. If you dare, read on for the true story of the witch prickers…

Between the years of 1590 and 1662, Scotland committed a total of 5 major national witch hunts in which many women faced trial and ultimately execution for engaging in what the authorities deemed witchcraft. Although the total number of women trialled for witchcraft at this time remains unknown, research estimates that well over a 1,000 women may have been executed for witchcraft in Scotland. The total number of those tried is likely to have been much higher!

While each of the five witch hunts caused unimaginable tragedy, The Great Scottish Witch Hunt of 1649-50 is responsible for the most executions carried out in one year. The notoriety of this hunt, in particular, can be attributed to one of Scotland’s darkest historical figures, the witch pricker…

Following the passing of the 1649 Witchcraft Act, local religious leaders were actively encouraged to find, try and execute witches, through any means possible. Once a woman had been accused of witchcraft, the aim of the local minister was simply to get a confession. However, instead of a confession, it was possible to condemn a woman through alternative means, namely, through the employment of witch pricking. As the name suggests, witch pricking was a brutal practice. It literally involved pricking accused women with large, sharp needles in order to obtain proof of witchcraft.

The ‘Science’ of Witch Pricking

So, how did it work? Well, modern science would tell us that witch pricking had absolutely no basis in fact. Still, for the people of 1649, witch prickers played a vital role in weeding out witches from the community. The procedure was based on the belief that the body of every witch would have a ‘witches mark’. This mark could be identified because, when pricked on it, the witch could not feel pain. Therefore, witch prickers would strip accused women, locate their ‘witches mark’, and then prick them to obtain evidence to be used in the trials.

Did you know: One of the most famous Scottish witch prickers, John Kincaid, was a key witness many Scottish witch-hunts in the 17th century, despite being unable to write.

As is to be expected, pricking was far from accurate. Often women would feel pain and bleed when pricked on their ‘witches mark’, but did this stop the witch prickers?! Absolutely not! In fact, some witch prickers would use their occupation as an excuse to engage in brutal torture. They would repeatedly prick the accused woman until, crippled with fear and pain, she had no other choice but to confess. Other witch prickers turned to deception, using prickers with retractable ends or blunt points to create the illusion of having found a ‘witches mark’ that didn’t cause pain or bleed when pricked.

A Scottish Witch Pricker with a Hidden Identity

Some witch prickers, though, deception came in more forms than one. Typically, you could expect a witch pricker to come in the form of a powerful, religious male, focused on convicting and executing women. For one witch pricker in 1662, that wasn’t quite the case. In many ways, Christian Caddell looked and behaved just like any other witch pricker in Scotland. However, beneath the surface, Caddell was actually a woman in disguise! Posing as John Dickinson, Caddell was able to terrorise communities. She pricked, accused and sealed the fate of many women, all the while being paid very well for her work.

Caught up in the power of her new position, Caddell began accusing people with more significant social standing than her. So eventually having been imprisoned in Edinburgh, her secrets caught up to her, and her true identity came to light. Following Caddell’s exposure, she was sentenced to transportation to a plantation in Barbados. This would have been a treacherous trip we know she was unlikely to survive.

While one witch pricker may have gotten their comeuppance, many more were never brought to justice for their crimes against the women of Scotland. So, if you’re trying to find the most terrifying Halloween costume idea for this year, maybe think; less witch and more Witch Pricker!

Discover more of Edinburgh’s hidden history on our Facebook page.