Mary Queen of Scots on the Closes 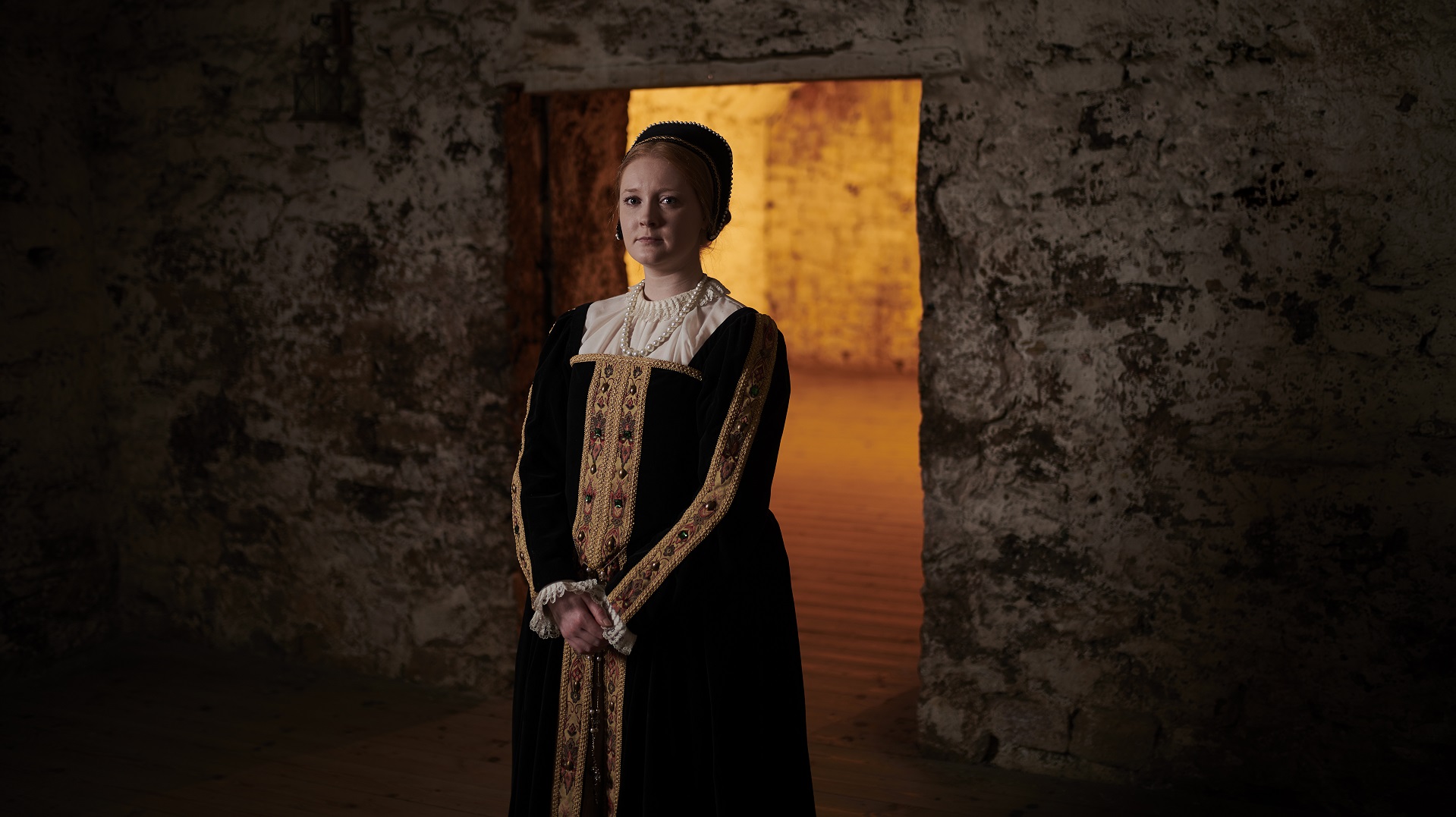 Pictured in Mary Queen of Scots costume is one of our Designated Duty Managers, Jennifer Houston, on the Close. The costume design of the gown she is wearing is based on one of Mary’s original gowns she was painted in. The black and gold colours represented her martyrdom and queenship.

It was a cold night on 15th June 1567; a great sadness lingered in the air. An angry crowd forms on Mary King’s Close, hurling abuse to a window where inside a defeated Queen lays her head. But before we tell the story of Mary Queen of Scots on the closes of the Old Town, it is crucial to know the turbulent past of the young Queen.

Who is Mary Stuart?

Made Queen at just six days old, Mary Stuart was born at Linlithgow Palace on 8th December 1542. During this time in history, Scotland was in turmoil between its catholic faith, and a rising protestant religion. Not to mention the hardships of an ancient feud between the Scottish and English. It was a dangerous country for such a young Queen. The Scottish turned to their allies, France, creating a marriage agreement between Mary and the French Dauphin, Francis.

With the death of Francis in 1560, their marriage only lasted two short years; returning Mary to Scotland for the first time since infancy. To ease the turbulence in her country, Mary Queen of Scots, a devout catholic, tolerated the new protestant religion. However, the nobleman, John Knox, preached furiously against her.

As if John Knox wasn’t enough, Mary Stuart had a direct claim to the English throne, making her a threat to her cousin Queen Elizabeth I. To solidify her rule, Mary married her half-cousin, Lord Darnley. Together they produced her only son and heir, James VI, and tactically gave Elizabeth the title of godmother.

However, Mary Queen of Scots was unlucky in romance. What started as a marriage of passion, quickly soured from the murder of Mary’s friend Rizzio, plotted by her husband. Mary lost all trust in her marriage, finding Darnely an arrogant and unstable partner. It was no surprise that in a time of violence and betrayal, it wasn’t long before someone murdered Darnley. This left Mary and her close friend Lord Bothwell key suspects.

A Night on Mary King’s Close

This suspicion solidified when Mary married the 4th Earl of Bothwell, a divorced protestant. Their marriage angered the nobles; they turned against Mary Queen of Scots, raising an army against them.

On 15th June 1567, Mary and Bothwell rode out and confronted the lords. No battle was fought on Carberry Hill that day, but a series of complex negotiations were held, resulting in Mary being double-crossed and taken captive. Bringing us to that dreaded night our royal leader spent on Stewarts Close just footsteps from today’s The Real Mary King’s Close.

Also read: The Story of the other Mary on the Close, Mary King

After Mary’s capture, she was kept under house arrest in Edinburgh, at the semi-luxurious house of the Lord Provest, Simon Preston. She had travelled on horseback from Dunbar and was in a terrible state. An angry mob formed outside her window, jeering at her in the streets, crying “Burn her she is not fit to live.” Mary’s guard had warned her not to go near the window, as her safety could not be guaranteed. Sadly she could not help herself; she would hang out of the window every hour or so, her dirty hair a mess, her red petticoat torn as she protested her innocence with grave desperation.

The Fate of Mary Stuart

Spoiler alert: the story of Mary Queen of Scots did not have a happy ending. After a year of imprisonment, and an attempt to regain her throne, Mary fled to England. She hoped her cousin Queen Elizabeth I would help her cause. Unfortunately for her, Elizabeth was suspicious and placed her under house arrest. Mary spent the best part of 20 years imprisoned in England before her execution on the 8th February 1587. Mary’s son, James VI, went on to become not only King of Scotland, but he also became Queen Elizabeth’s successor, King James I of England and Ireland. He created a union between the countries and continued on the Stuart legacy.