We are a sell-out attraction and strongly recommend pre-booking online. 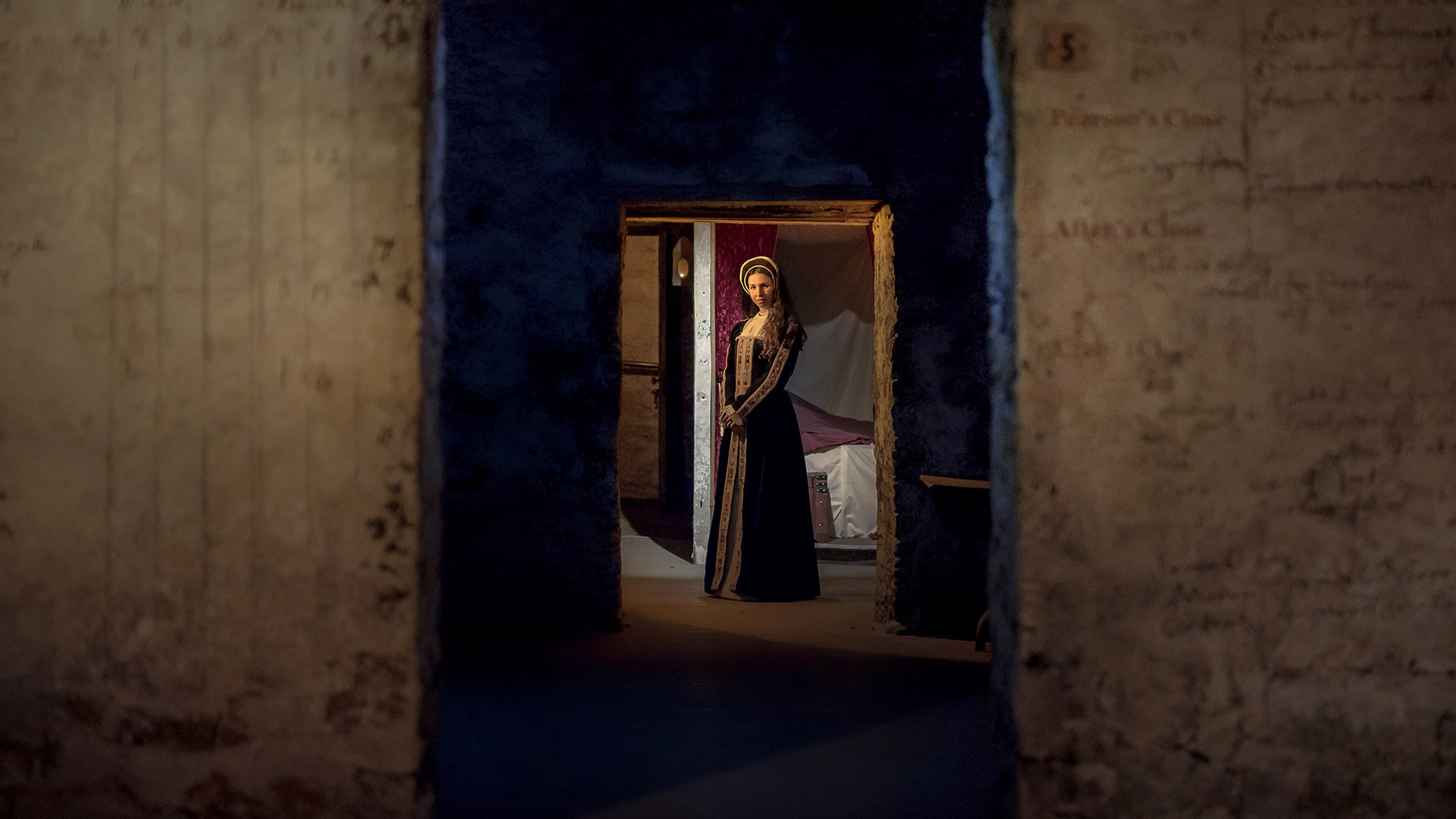 Plagues, poverty and demanding kings: living through Edinburgh’s dark past would have been far from easy. Centuries controlled and retold only by men, it is hard to imagine the struggles women faced. This International Women’s Day we journey as far back as the 4th century to meet some of the powerful women from Edinburgh’s history who refused to be held back by their gender.

Putting a bit of a literal spin on the saying “I want does not get,” the first of Edinburgh’s powerful women is Saint Triduana. Triduana journeyed to Scotland in 347 AD, bringing the bones of, Saint Andrew, to his namesake town St Andrews.

She was considered a pious woman with little interest in the advances of powerful men. To her displeasure, Triduana’s apparent grace had caught the attention of King Nechtan of the Picts. The King was said to be mesmerised by the beauty of her eyes, but Triduana dismissed the King’s love. The feelings were in no way mutual. This is where the tale takes a dark turn because if it was her eyes the King loved, it was her eyes he would receive. Triduana blinded herself, removing both her eyes with a thorn and sent them to King Nechtan. This allowed her to settle in eastern Edinburgh. She spent the rest of her days living a virtuous life, free from the harassments of men.

A crucial pillar in women’s history is Dr Sophia Jex-Blake. Born in 1840, Sophia paved the way for women’s rights to pursue careers and further education in the UK. Rejecting the idea of marriage to seek a better education, she planned to achieve a career in Medicine. After her first gender-based rejection from Harvard, Jex-Blake applied to the University of Edinburgh. The university refused on the premise they would not make the necessary arrangements “in the interest of one lady”. This only added fuel to Sophia’s fire. If they would not accept “one lady,” then they would have to accept seven. Sophia advertised for other women to join her cause. In 1869, The Edinburgh Seven gained admittance, making them the first women to enrol at a British university.

Jex-Blake became Edinburgh’s first female doctor in 1878, setting up her own practice to provide affordable medical care for poorer women in the city while giving young female doctors practical experience. The clinic went on to become Edinburgh Hospital and Dispensary for Women, the first hospital in Scotland entirely staffed by women. Leaving a distinguished mark in Edinburgh’s history, Jex-Blake retired in 1899 with her romantic partner, Dr Margaret Todd.

Moving into the 20th century, we thought it’d be poor not to mention Elizabeth Wiskemann. Later to become the first female Montague Burton Professor of International Relations at the University of Edinburgh, Elizabeth’s story began as a journalist in Berlin in 1930. A firm Nazi opponent, Wiskemann was one of the first to alert the UK of the fascism in Germany. This resulted in her arrest and expulsion from Germany. She spent the remainder of the war in Switzerland covering as a press officer. Her real occupation was gathering information on Germany and occupied Europe.

In 1944 Elizabeth discovered intelligence planning to ship Hungarian Jews to Auschwitz. She sent a telegram to the UK Foreign office containing home addresses of the officials conducting the operation with a request to target their locations. As a result, there was a halt on the Jewish deportations.

During the 17th century, living on one of Mary King’s Close’s neighbouring streets was the businesswoman and philanthropist, Mary Erskine. In 1671, Mary’s husband passed away, leaving her considerable debts. She not only managed to clear these debts but became quite an established women renting out properties in Edinburgh, going on to become an upmarket private bank for businessmen and widowed women looking to develop their own businesses.

In 1694 Mary funded a school for the daughters of burgesses in Edinburgh, her goal to educate orphaned girls who lived in poverty. In 1944 the school, renamed The Mary Erskine School, and still thriving today the school is one of the oldest girls schools in the world.

It wouldn’t be an accurate account of the powerful women from Edinburgh’s history without discussing another Mary: our namesake, Mary King. Mary did not only share a name with Erskine, but she was also a successful businesswoman from the 17th century. Mary King made a living for herself selling clothes and cloth in her market stall on Mary King’s Close.

Closes often had names inspired by notable people living on the street, Mary King was not only a successful merchant but also became a burgess after her husband, Thomas Nimmo passed away. This gave Mary a seat on the Edinburgh council, a very rare achievement for a woman of this time and made her one of the first women with voting rights in the city.

We hope you enjoyed reading about the powerful women from Edinburgh’s history. Follow us on Facebook to discover more of Edinburgh’s hidden history.