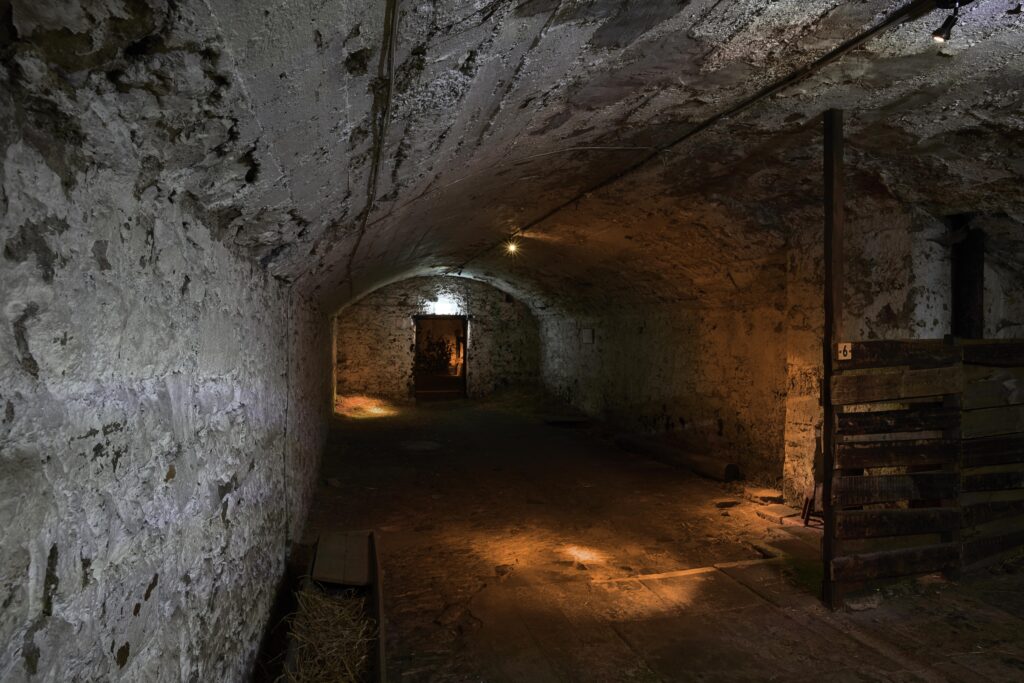 Edinburgh is an old city with a lot of history, but not everything in Auld Reekie is visible from the street level. A whole secret world exists underneath Edinburgh’s streets, and you can get a glimpse of Edinburgh’s underground if you know where to look. Below we have listed some of the best subterranean attractions you can explore to experience Edinburgh’s darkest moments and deepest secrets.

You can explore Mary King’s Close in our guided underground tours.

Under Corstorphine Hill in Barnton Quarry, there is a surprising leftover spectre of the cold war; Barnton Quarry Nuclear Bunker. Used from the 1940s until the 1980s as the last resort for a nuclear strike, and was used as the protected headquarters for the RAF’s operations command centre for all of Scotland’s radar stations. It was neglected and derelict for a while but is about to experience a revival, and plans have been approved to turn this 100m deep relic into a visitor attraction, so keep an eye out for more info!

Banshee Labyrinth is called Scotland’s most haunted pub. It is located just off the Royal Mile, not far from Mary King’s Close. Once you have your drink and are looking for a cosy corner, you realise it just keeps going! The bar stretches back into the old city, and the unwary, or inebriated often get turned around in the un-surprisingly labyrinthine collection of rooms and corridors.  The bar makes great use of these underground spaces holding hilarious comedy nights and music events loud enough to wake the dead.

When you next visit Edinburgh, explore the secret world of underground adventures and hidden gems right under your feet.