The Great Fire Of Edinburgh 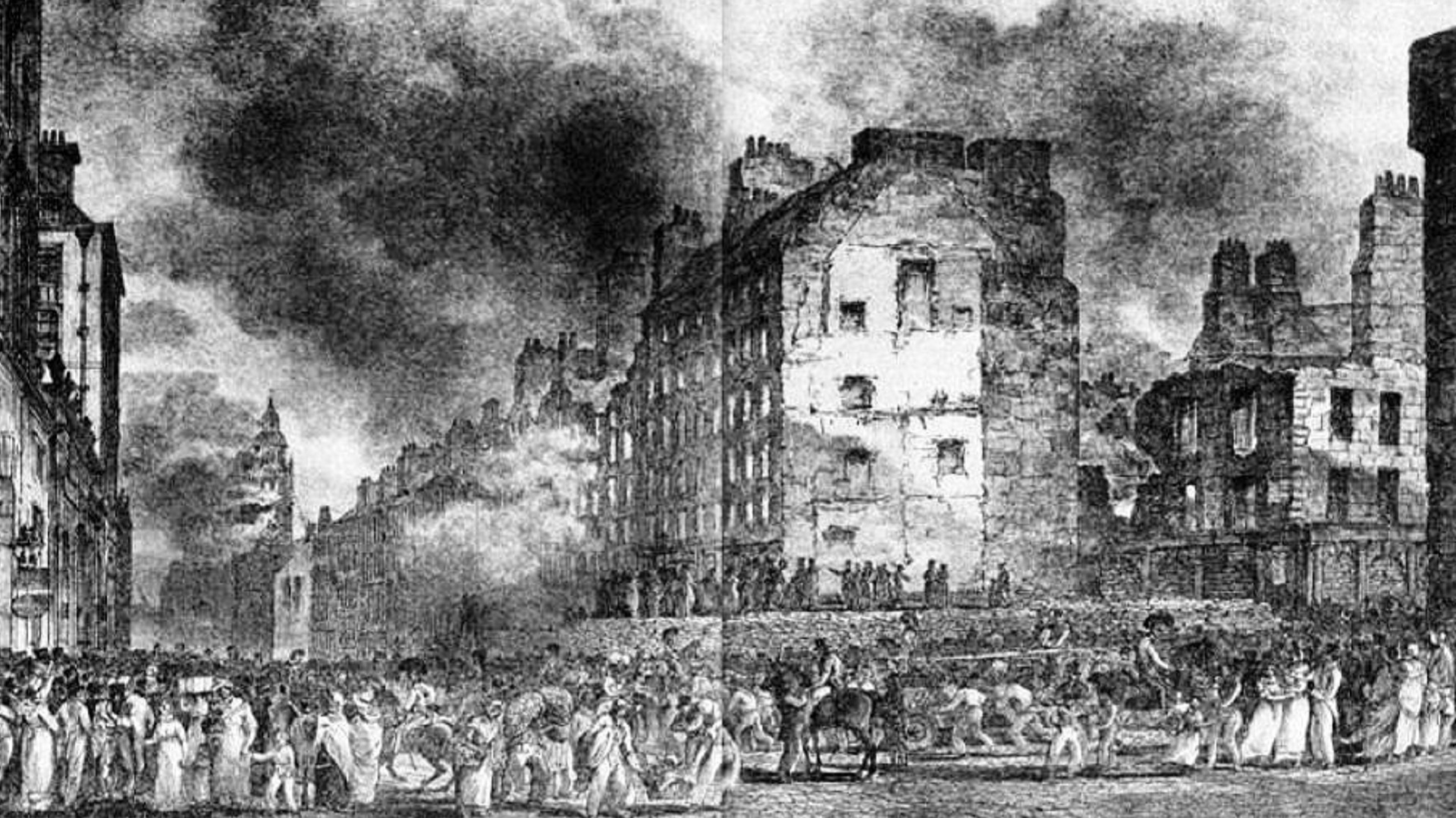 The Great Fire of Edinburgh has been echoing in peoples’ minds for decades …. and even centuries. After having destroyed the livelihood of many and great parts of the Royal Mile in 1824.

The world’s first organised Fire Brigade was founded in Edinburgh by James Braidwood, aged only 24 at the time, in 1824. Little did he know that just a few months later he and his new recruits consisting of carpenters slaters, carpenters, masons, carpenters and even experienced mariners would face their first challenge. They would tackle a catastrophe beyond what they trained for when the city would suffer one of its most devastating fires.

The Great Fire of Edinburgh

It’s the evening of the 15th of November in 1824. The Edinburgh winter skies are a dark grey as the night draws in. Around 10 pm, a piercing cry of “fire” echoes down the High Street. Clouds of smoke billow from the second floor of a seven-storey printing house on Old Assembly Close just a stone’s throw from today’s The Real Mary King’s Close.

What Started The Great Fire of Edinburgh?

A couple of minutes earlier in the workshop of engraver James Kirkwood a pot of linseed oil had overheated, spilt, and set fire to a stack of paper. The fire quickly spread; within two hours, the whole High Street’s south side was up in flames. The blaze destroyed the tenement at Old Assembly Close before taking over three neighbouring tenements.

Overnight the fire consumed the offices of the Edinburgh Courant Newspaper, and the following day some flying embers caused the Tron Church to catch fire as well. The hot blaze then made its way through Parliament Square and St Giles’ Cathedral.

Did you know: Braidwood lived during the times of the murderous duo Burke and Hare. He was the first witnesses during their trail in 1828 as he drew the scales plans of the buildings where the murders took place in his capacity as a builder.

The Aftermath of The Great Fire of Edinburgh

The newly founded Fire Brigade struggled terribly to gain control of the fire, as the firefighters had not yet received their full training. Also, the flames were relentless and conflicting orders from city leaders just added confusion to the situation.

The Great Fire raged for a total of two days and took another two to extinguish fully. It destroyed four hundred homes, and left many businesses ruined. Thirteen people died, with hundreds of others injured or made homeless. The building damage amounted to over £200,000 in today’s money, and the fire was responsible for the loss of some of the oldest buildings in Edinburgh.

James Braidwood went on to fight many more fires and even moved down South to lead the London Fire Engine Establishment. He died a heroic death when he was buried by a falling wall in Tooley Street fire at Cotton’s Wharf near London Bridge station in 1861.