We are a sell-out attraction and strongly recommend pre-booking online.

The Close During the World Wars 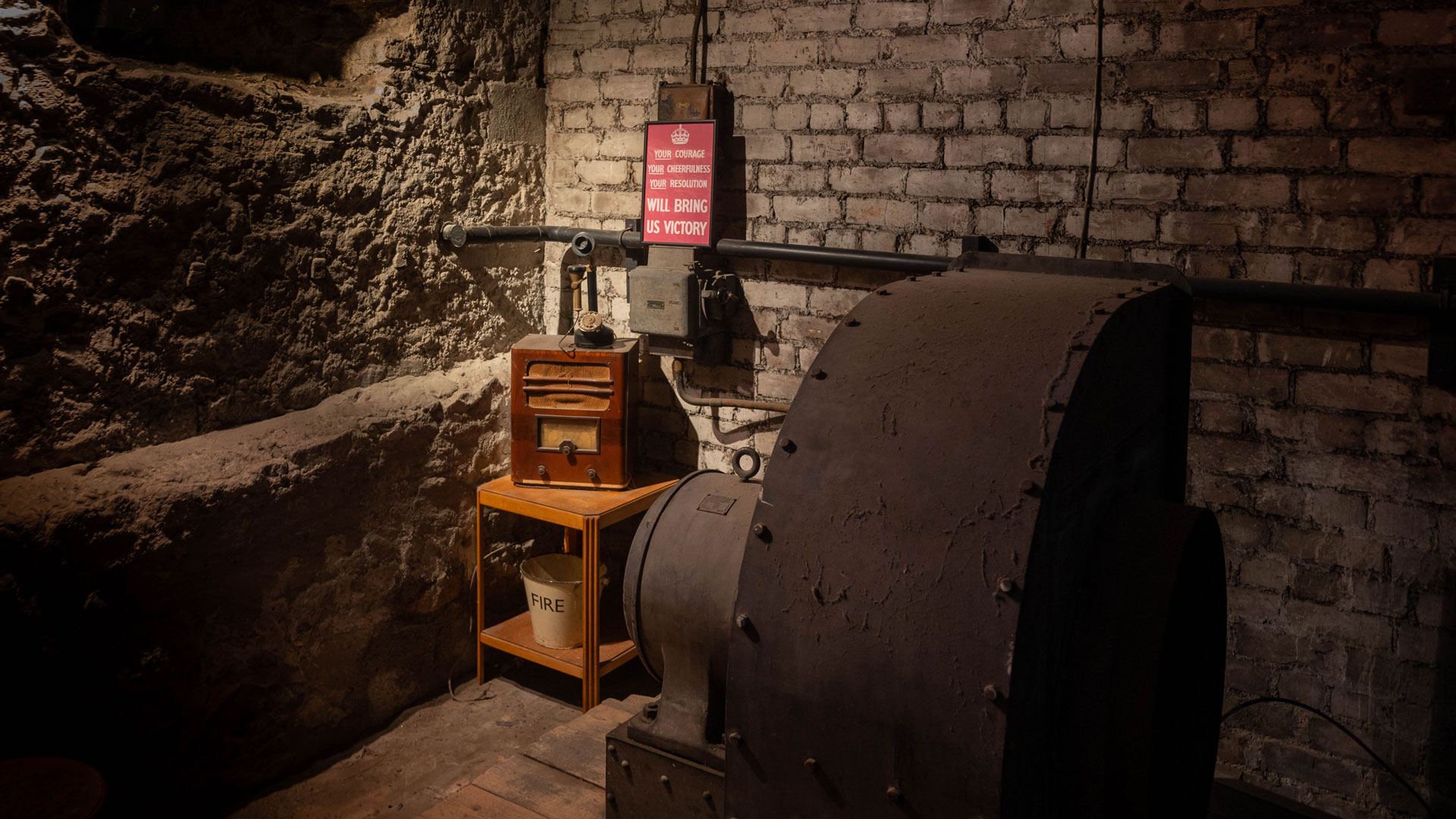 With the constant threat of air raids and fear of gas attacks, the First and Second World Wars impacted the daily life of Edinburgh’s residents and Edinburgh’s Old Town. The site around what is The Real Mary King’s Close today played a small but important role during the Second World War as the city prepared for an attack.

Edinburgh in the First World War

While Edinburgh wasn’t affected at the beginning of the First World War, in 1916, the worries of many Edinburgh residents became reality. A zeppelin bombed the city, sadly causing sixteen casualties. The first bomb was dropped on a paper mill in Leith, before travelling further inland. They luckily missed Edinburgh Castle, instead hitting a hotel in the nearby Grassmarket and an empty tram. Edinburgh retaliated with hand-held rifle fire from Arthur’s Seat and the castle’s battlements, even firing the one o’clock gun. Though they only had blanks to fire. At their defence, this is the only time in the city’s history the gun has been fired in military combat. The Zeppelin’s were long gone by the time planes from Glasgow arrived dropping its remaining bombs in a field near Berwick upon Tweed.

The Close as an Air Raid Shelter

While central Edinburgh witnessed little action during the Second World War, the city still prepared itself. Edinburgh is thought to have had up to fifty air raids sirens. If they had failed, church bells would have been rung to alert people to the impending danger. Looking at newspaper clippings from the 1930s, we also learn that sandbags were piled up at the ends of various Old Town closes. One of them was Warriston’s Close just outside The Real Mary King’s Close. If there was to be an air raid, nearby residents could hide in the narrow thoroughfares and quickly pile up sandbags to protect themselves.

The site around The Real Mary King’s Close itself became important to preparations for World War II when the Edinburgh Council turned some of its spaces into an air-raid shelter. Areas beneath the Edinburgh City Chambers such as Chesney’s former shop were converted. Also, they installed a generator to create an independent power supply.

Documentation tells us that on 21st September 1938, there was an air raid drill. City Chambers employees – including Lord Provost – evacuated to the underground shelters as quickly as they could. The 50 council staff members managed to do so in just four minutes!

Edinburgh in the Second World War

The first air attack of World War II over Britain happened near Edinburgh on 16th October 1939. Technological advancements meant that, unlike the 1916 air raid, it was not a zeppelin that descended on the region from the sky to launch the attack. Planes fought “dog fight” style over the Firth of Forth. This terrified the poor passengers on the train that was crossing the Forth Rail Bridge at the time. Though none of the fightings damaged the bridge during the raid.

Instead, the German bombers were targeting the H.M.S Hood, which was thought to be hidden at Rosyth Dockyard on the North shore of the estuary. As it turned out, this intelligence had been incorrect, but still, there were sixteen casualties. Three German planes were brought down, one in the Firth of Forth and two over Fife. The clear conditions on the day meant that people in Edinburgh were able to see the German planes, in addition to the R.A.F jets that engaged with them. However, no air raid siren was sounded in the city.

According to the records, H.M.S Hood was successfully sunk a couple of years later in 1941. The Bismark pursued the warship while it was sailing between Greenland and Iceland.

Most of the air raids targeted Glasgow because of the shipbuilding industry around the Clyde that was supporting the war effort. A total of forty-seven bombs were dropped on Edinburgh during the war. However, when the Germans occupied Scandinavia the planes would frequently lighten their load around Edinburgh before returning to sea.

Did you know: Edinburgh’s West Princes Street Gardens is home to a statue of Wojtek, the soldier bear. He fought alongside the Polish army during the Second World War. He spent his retirement in Edinburgh Zoo.

If you want to see what remains of the air raid shelter and discover more of Edinburgh’s history through a guided tour of the only preserved 17th Century underground street in the city, book a visit to The Real Mary King’s Close.