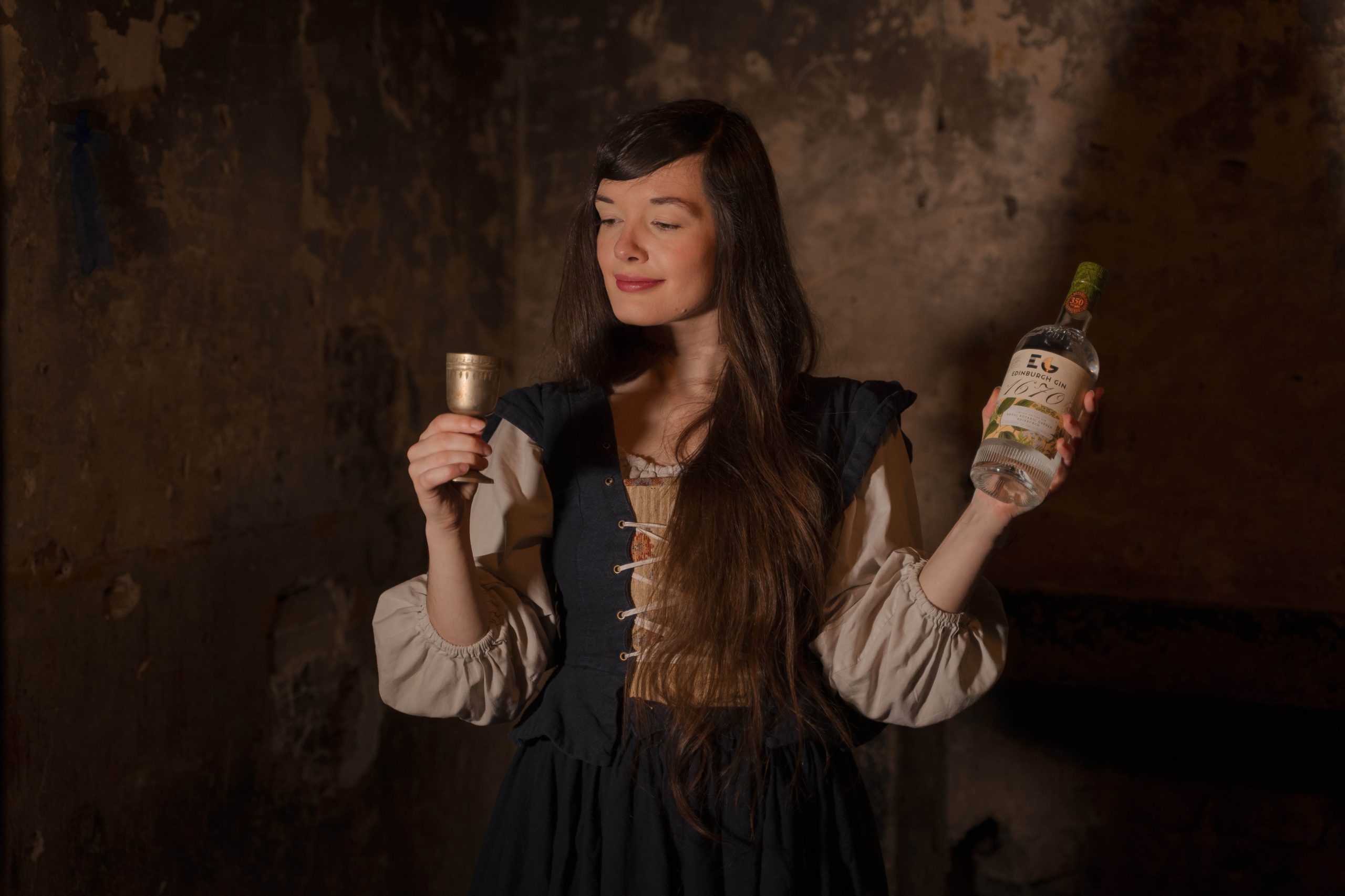 Gin is an incredibly popular drink now, but the craze began in the 1700s. Delve into the fascinating history of gin in Edinburgh.

The Arrival of Gin in Edinburgh

Gin was imported through the docks of Leith. It was the closeness to the docks that helped the gin trade flourish because distilleries were usually close to docks for the supply of raw materials and exotic spices. Wool, salmon and coal were commonly traded with the Dutch East India Company in return for tea, coffee, tobacco and Jenever. Jenever is a clear, botanical matter grain that helped create gin culture. Officially, 2.5 million gallons of Jenever arrived in Scotland. However, it was likely higher due to illegal smuggling.

Despite this popularity, gin often tasted horrible due to the poor conditions for production creating inconsistent results.

In 1826 Edinburgh’s Robert Stein revolutionised gin production. He increased the amount of potable gin using a method of “continuous distillation”. The fermented mash could continuously flow over the heat. This invention was refined by an Irish distiller called Aeneas Coffey. It produced larger amounts of quality gin and resulted in the dry gin style that is still popular today.

Gin sales did fall in the late 1950s due to the rise of vodka and gin distilleries in Edinburgh closed. Then it started to regain popularity in the 1980s.

In 2009 a change in distilling regulation resulted in the revolution in small-batch premium gin. Now there is once again an increasing number of distilleries in Edinburgh, making it the perfect city for gin-lovers to visit.

This July we have collaborated with Edinburgh Gin to create a unique gin experience underneath the Royal Mile. Don’t miss out! Find out more here.