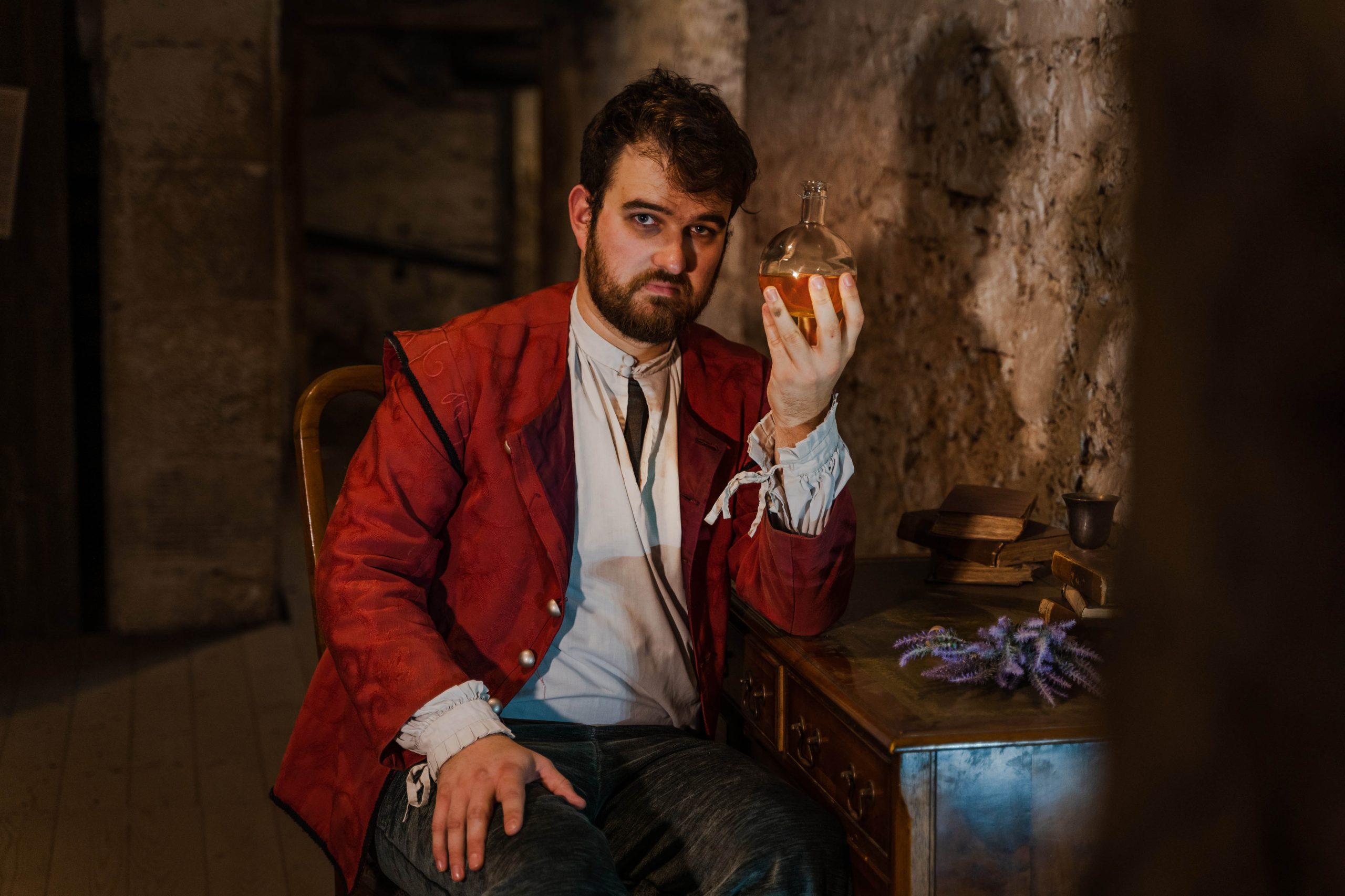 Edinburgh has famously been a focal point of medical innovation and experimentation. Edinburgh medical school is the oldest in the English-speaking world and was at the heart of the Scottish Enlightenment. While many amazing discoveries and advancements came from Edinburgh, like everywhere, some ideas were slightly… strange!

Many of the terrifying and “unusual” treatments were used here on our very own Mary King’s Close by Dr Arnott, who just so happens to be running classes for aspiring amateur apothecaries.

Dr David Arnott lived and worked on Mary King’s Close in the 17th century. As a Physician and Apothecary, Dr Arnott was diagnosing patients, and preparing and selling medicines. To become a Doctor, Arnott had to leave Edinburgh, and like many of his colleagues, he went to train himself on the continent. Once he was trained up and ready to start working, Dr Arnott came back to Scotland and started his practice right next door to Mary King herself.

Now that you know more about Dr Arnott let’s look at some of the most bizarre medicines, procedures and treatments used back in the time.

It should go without saying; do not try any of these at home!

Ah, Doc Arnott’s favourite. You can tell a lot about a patient from their wee. The colour, clarity, smell… and even taste! All help the good doctor deduce what exactly is wrong with you.  Too sweet might mean you are diabetic, too. Don’t worry; it’s all perfectly sterile, and testing urine goes back thousands of years, being used in the ancient world and as far afield as India. Modern doctors may still test urine samples to detect certain infections and conditions, so this treatment wasn’t totally incorrect.

A fairly famous treatment, bleeding was thought to let the bad humours and sugars leave the body via the blood. It has been used since ancient times and is still extremely popular among Edinburgh’s upper and lower classes. In reality, it’s completely useless and only serves as a possible source of infection for the patients and, if overused, blood loss. Upper-class and the wealthy could afford to use leeches for their bloodletting, but those without luxuries would be to rely on the sure hand of the surgeon to slice at the wrist or lower arm. Ouch!

A Spider a day keeps the doctor in pay.

An old urban myth states that we all accidentally eat an average of eights spider every year. Well, it seems that Dr Arnott’s patients might be bumping up those stats! According to medical wisdom at the time, eating live spiders (yes, LIVE!) would help ward off strokes. It doesn’t sound too healthy to us, especially not for the poor spiders, but this was a real medical recommendation back in the day.

If you are inspired to become an amateur physician, learn more about real 17th-century medicine and follow in Doctor Arnott’s footsteps, then be sure to book a class to get a real… taste of what to expect!