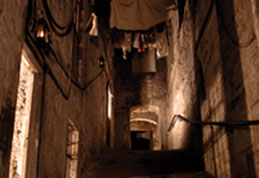 Last week for one day only, visitors to Edinburgh’s historic underground street, Mary King’s Close, were able to experience rainfall for the first time in over 100 years.

The 16th century street which is now a unique visitor attraction, sits beneath the City Chambers and as Edinburgh was hit with a huge volume of rain in a short space of time, the quadrangle above became exceptionally wet.

With the sheer volume of rain, the water leaked down into the underground street below creating a rain like effect – the first occurrence of its kind since the street was finally closed off to the elements back in the early 20th century.

General Manager, Craig Miller said: ‘We took the opportunity to make the most of Edinburgh’s wet weather and the leak onto our Close by having some fun with our visitors. Posing for a photograph with an umbrella while it rains in an underground street is not a daily occurrence and was a unique experience for our visitors. Seeing it rain on the Close was available for one day only while repairs took place and our visitors really embraced it.’

The Real Mary King’s Close is an award winning five star visitors attraction that allows people to be guided back in time to experience what life would have been like for those who worked, lived and died between the 16th and the 19th century. 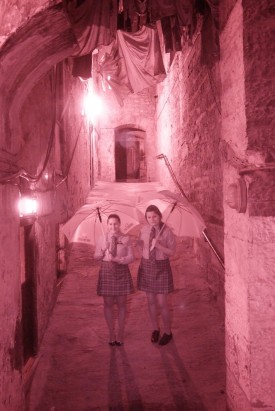 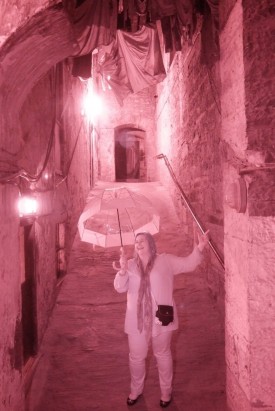