We are currently temporarily closed! You can still join us for our online event on the 13th of March. 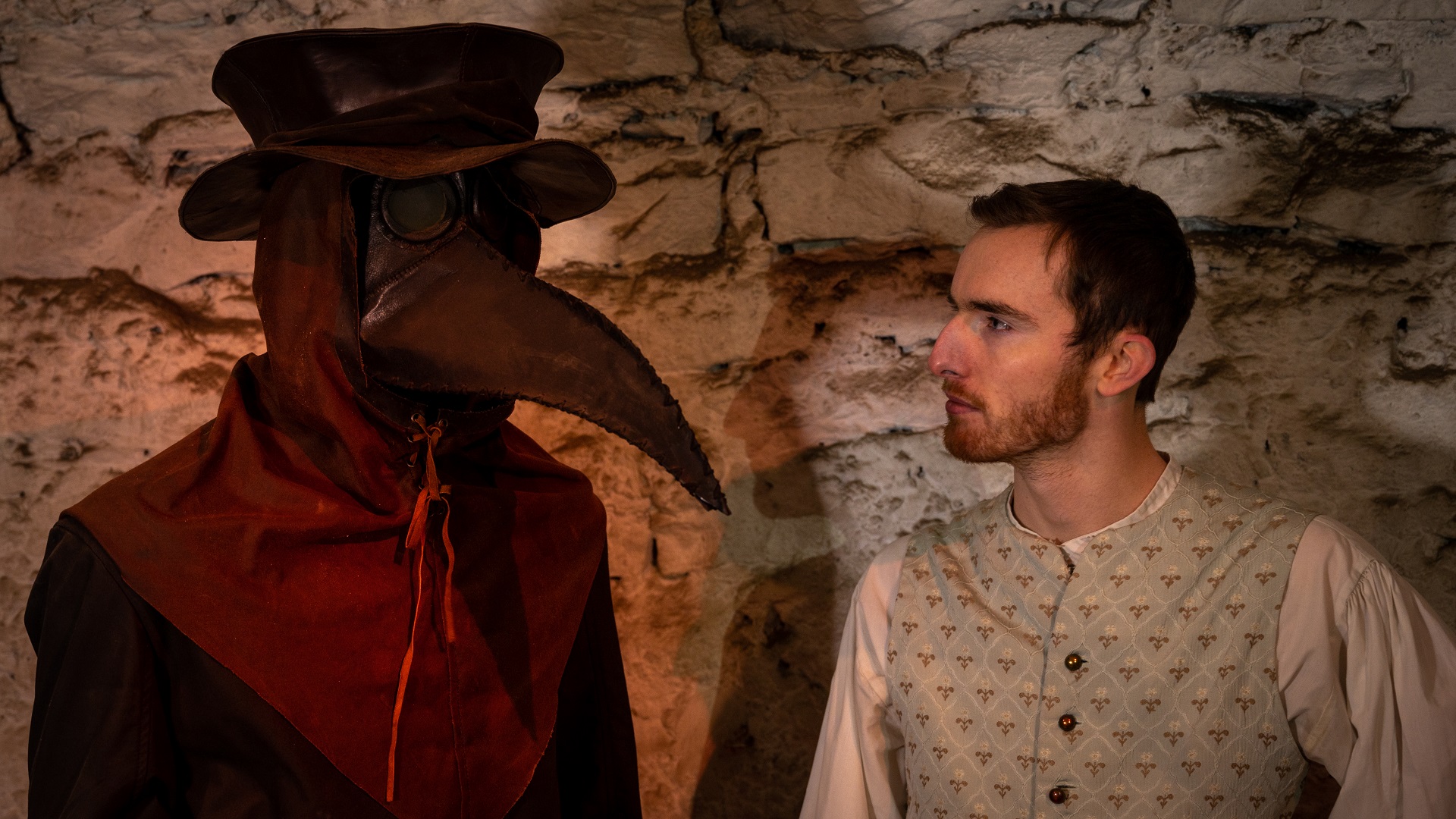 The Real Mary King’s Close is a historic site shredded in mystery. The biggest myth that surrounds the Close is related to the plagues that befell the city of Edinburgh. Rumour has it that during one of the Black Death’s worst outbreaks in the 17th century, council officials ordered the street to be sealed off to help contain the epidemic. The Close’s residents who didn’t make it out on time, bedridden from being sick with the plague, were then allegedly left to die.

This myth is mostly fiction. We know today that plague victims were not bricked in to die a gruesome death on The Close. However, there is a small grain of truth in the story. The Black Death indeed haunted Mary King’s Close, formerly the second widest street in the Scottish capital and a busy market place. Its high population density with many people living and working on The Close, cramped conditions, and poor hygiene provided a perfect feeding ground for the infectious disease caused by the bacterium Yersinia pestis.

With the earliest recording of the plague in Scotland in 1336, we can see how the disease shaped the city for centuries.

The most notable and disastrous outbreak hit Edinburgh in 1645. It should devastate the city and its inhabitants over the next two years. But one man in a bizarre and intimidating outfit did provide a glimmer of hope in these dark times. Queue the plague doctor with his leather coat and beak-shaped mask. His unofficial assistants, the foul clangers or plague cleaners, were always at the ready to cleanse infected lodgings of the disease. However, their remuneration was only a fraction of what a doctor would have been paid… and their likely end was falling sick with the plague themselves.

Join The Real Mary King’s Close on 13th March as we shine a light on those sinister parts of Scottish history in our virtual broadcast streamed live from the site!

Together we will take a closer look at the timeline leading up to the worst plague Edinburgh ever saw and discuss the types of Black Death that occurred in Edinburgh. Meet the fascinating character who would help save hundreds of lives in the 17th century. He served the people of Edinburgh even though the council never fully reimbursed him for his efforts. Finally, we will draw compelling comparisons between what we’re experiencing today and the experiences of past residents in Edinburgh.

Throughout the 1-hour live broadcast, our knowledgeable guides will share their acclaimed expertise and fascinating findings from their research. The chat function will be available to engage with fellow history buffs. Also, you can ask any questions you might have to our expert guides.

We will share details and instructions for access with participants 2h before the event. Please note that the event is not a paranormal investigation or virtual tour. Please make sure your devices and internet connection are sufficient for the live stream. More information on the requirements here.

What attendees said about our first virtual event in the series, Delving into 500 Years of Edinburgh’s Hidden History: 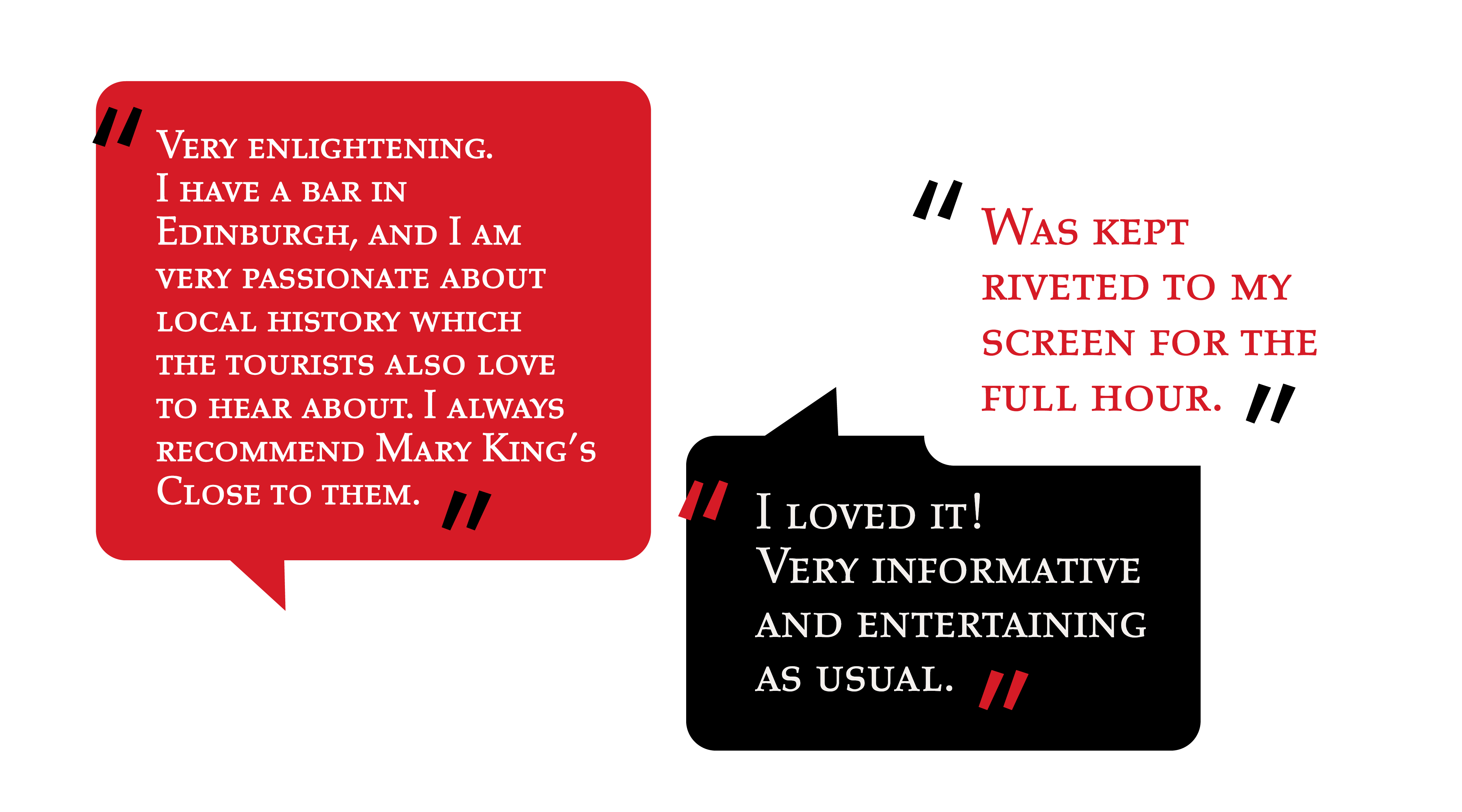