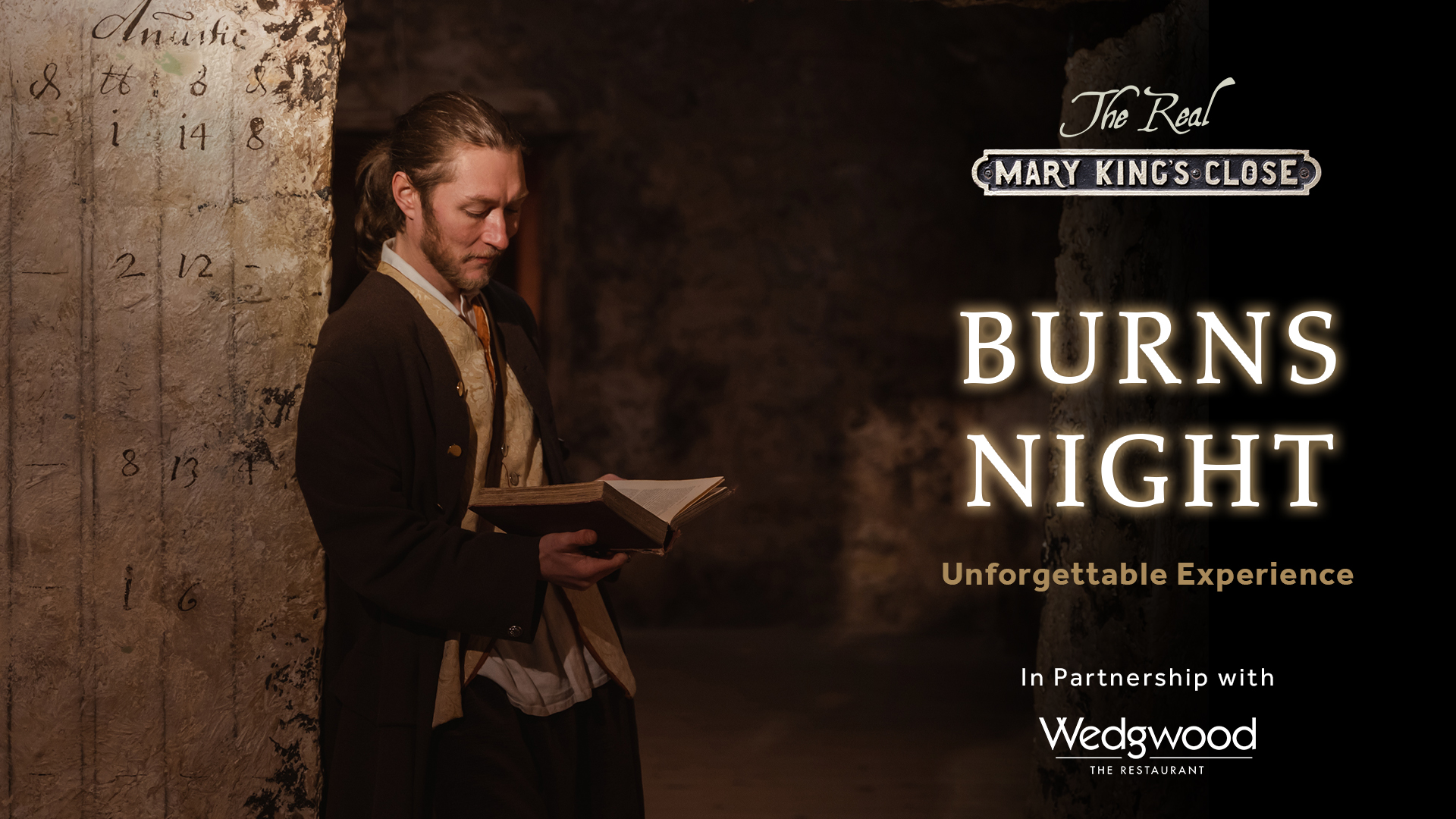 Every year we celebrate Burns Night in Scotland; an evening commemorating the life of the famous Scottish poet Robert Burns, who was born on 25th January 1759. Even if you are unfamiliar with the poet, you are bound to know of his poem ‘Tam O’ Shanter’. That’s right, the song we sing as the bells ring in a new year was also written by Burns himself.

The first-ever Burns Night was held in 1801, just five years after the poet died in 1796 when Burns’ friends gathered together to mark the anniversary of the great man’s death. It was then decided that a feast would be held every year in his honour. Now every year friends and families to get together, eat, drink, and of course read the poetry of Scotland’s National Bard.

This year, join us for An Unforgettable Burns Night

Start your evening with a one-hour guided tour of The Real Mary King’s Close. You will explore the uniquely preserved streets and spaces underneath Edinburgh’s famous Royal Mile where you will learn about the city’s dark past, listen to a recital of Burns poetry and raise a glass to Scotland’s favourite son.

Follow your tour with an exquisite three-course menu at Wedgwood The Restaurant, the multi-award-winning Scottish restaurant located on The Royal Mile. Chef Paul and his team are looking forward to celebrating Robert Burns with you. Click here to see the full menu.